The term Internet Of Things is used for the first time in 1999 by an English engineer Kevin Ashton during a presentation at Procter & Gamble to identify a system where the physical world is connected to the Internet through sensors.

The United Nations Telecommunications Agency (ITU) speaks of it as a “Global Infrastructure for the Information Society”.

The Internet of Things, beyond quotations, is a very complex phenomenon and rich in nuances: it is at the same time a global telecommunications network, a trend of technological evolution and a cultural revolution based on information sharing.

From a technical point of view, the IoT is an evolution of the Internet where there are other objects besides PCs and servers.

Thanks to the ability to exchange data through sensors, these same objects can become “smart” and change their behaviour based on the information they receive from other connected devices.

For example, an alarm clock may “choose” to play in advance based on traffic conditions along the path that the owner follows to go to the office every morning, or a thermostat can adapt the air conditioning system schedule according to the forecast Weather, as well as the data captured by its sensors … thanks to the network connection, objects can then increase their level of intelligence and autonomy, taking on an increasingly active role.

To think that “everything started for a Coca-Cola” …

In 1982, for the first time ever, the soft drinks dispenser of the Computer Science Department at the Carnegie Mellon University was put into the network so that students and university staff could know at a distance the availability of the desired drinks, avoiding walking up to the dispenser and then find out, at worst, that Coca-Cola was finished.

To this day, the “Connected Things” are among the most disparate.

New cases of use have been identified in the transport sector, health, agriculture, smart cities, energy management, military applications, logistics … the list could continue for whole pages, limited only by the ability to imagine new possible applications.

Smartpeg has already successfully developed IoT projects for the Industry and Facility Management industry by dedicating a Business Unit to the Internet of Things. Here is how we foresee, therefore, the era 4.0: concrete opportunity to realize real and useful innovation … Smartpeg is present! 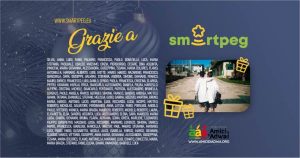 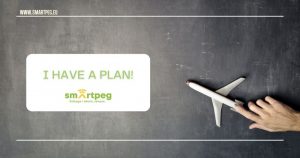 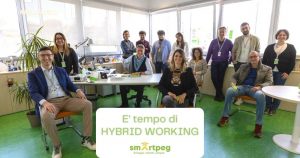